An Ode to Audio Tape 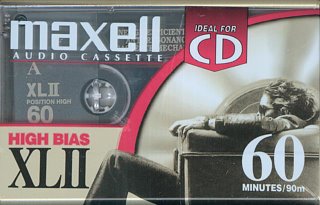 Within the past 2 weeks, by sheer chance, I've kissed the audio tape goodbye. I was never one to linger on old technology. I'm a geek at heart and a gadget lover in the wallet but I had the stock stereo cassette player in my car and a dual-cassette deck on a mini-stereo system that I used as my alarm clock.

The car was purchased in 1996 so the cassette player was 10 years old and it still worked. With my commute being 35-40 minutes I was utilizing books on tape quite regularly and I still had 2 or 3 of my favorite mix tapes and a few live shows of Jerry Garcia and David Grisman at the Warfield.

The stereo was purchased in 1992 when I left for college. It was the all-in-one mini system from Sony that had a CD player and dual-cassette as well as a tuner and remote. What a barn stormer!

But who was I kidding? The transition was inevitable. I've owned 3 iPods in my life so far (currently a 4GB Nano). I have an iPod dock on my computer at home, at work and had one on the very same mini-system that had the tape decks. I have a full-function media center PC in my living room so I can stream audio to my amp and high-fi speakers. So when the opportunity presented itself to have an stereo in my car that has integrated iPod control I jumped. I'd waited years for true integration to be available and I'd be damned if I'd let a little red-tape (or black tape... har har har) hold me back.

Then just a few days after I made plans for the purchase of the car stereo I was given the opportunity to test-drive a clock radio with iPod integration. It seemed too good to be true. Suddenly all the draw-backs of my stereo with iPod dock were removed: I could wake to the iPod, there was a nap function, it charged the iPod when docked and it was about 1/8th the size of my stereo (did I mention the remote control with the snooze button and the auto-time-set to the atomic clock?). I wrote a check.

I'm an audiophile, gadget-geek and reader of PC Magazine. I admit it. But now that the tapes are gone, the books on cassette are back to the library (I'm moving on to Overdrive audio books through my public library) and the cassette players are sitting in the garage or have gone to Goodwill, I miss the magnetic wonder. It has a few benefits, after all:

Of course, instance-access, no winding, no flipping, no quality degradation and the ability to hold thousands of songs on CD or iPod is a nice bonus. But I'll always have fond memories of my brother and I buying 10-packs of Maxell XL-II (chrome, type II) and MX (metal, type IV) high-end audio tapes and dubbing the entire Led Zeppelin collection of a friend or the latest Grateful Dead recording from a tape-trading forum.

Where's the link to the alarm clock? How am I supposed to know what I want without pictures?

I took the bus to an interview yesterday. And, like a rookie, I didn't have the buds to my iPod. I had to ride in silence. If all works out, I'll be using my shiny pink iPod daily. I'm so freakin jazzed, you can't beleive it.

This is the clock radio referred to above.