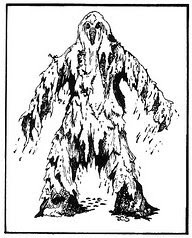 At the times that I'm most convinced that I'm starting to achieve some semblance of physical prowess I find myself in the most distressingly opposite mindset. And vice versa. Take, for instance, my current state. Essentially a diseased monkey at the point, I have some crazy-ass virus attacking my right shoulder causing me burning and pain. The generalized 'sore muscle' neck pain I get from working my butt off in a Level 3 Iyengar class isn't enough. No, my body had to rebel hard core. It decided that my chicken pox from 2.5 decades ago (yes, that's 25 years folks) was going to make a stand.

Normally health issues aren't really my focus. During my last doctor's visit I actually had a nurse ask me why I hadn't been to Kaiser very often. My response was that I was not sick and didn't require western medicine regularly. But this ailment is particularly annoying. This virus is attacking my shoulder, according to the doctor, from within my spine. It travels in one's nervous system and attacks one node of the body. And it will probably be all cleared in 2-3 weeks.

I suppose I should be thankful, yes? That I'm still strong. Still able to go to yoga and cook and eat and enjoy life despite a bit of burn. But I'm not feeling thankful. I think about the enormous amount of fresh fruit and veggies I consume compared to most Americans and feel wonderfully aloof. And then I'm thinking about the amount of everything else I consume (see my recent blog on bacon) and wondering if somehow one can bring illness upon oneself despite seemingly normal health? [Note: what the hell is normal anyway? Does an obese person remember what it's like to be free to run and play without limits? Does a work-out junky remember what it's like to sit and eat a cookie without guilt while simultaneously being free of soreness and pain?]

Modern medicine would likely say no. They'd say that there's no explanation for such things. That chickenpox could have come out of my spine at age 12 or 22 or 52 or 92. And I don't disagree. But I believe there's cause and effect for most things in life. That's the Buddha in me I suppose. Maybe this one was a reminder to keep my ego in check. Something pent up ready to remind me that whereas I am an enviro-organism that the environment can sometimes get the better of me if I'm not focused. Or maybe it was the Level III class I reference above and the deep work we've been doing there. Perhaps I released something that needed releasing and this is really doing me good?!

Either way it's a reminder, good or bad, of how fragile life is. I was thinking upon the fragility of life not long ago when I was reminded of a friend who passed away at too young an age from stomach cancer. Here one day, gone the next. Makes my scabby, itchy shoulder seem pretty damn normal. Pain reminds us we're alive, after all (yes, I just quoted GI Jane and World Trade Center in one reference). So Lord knows, I'm alive. Physically defunct but maybe, just maybe, mentally growing.
Posted by GP at 9:50 PM