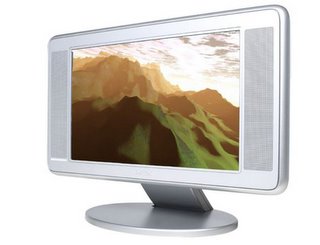 Just 24 hours ago I found myself in a bit of a quandary: what does one do to fill the time between work, a bit of psycho-analysis and teaching yoga? A common situation. So common in fact that the answer immediately came to me: eat.

Of course, eating is the answer to almost all issues in life. The other common answer is exercise. The 3rd most common is recreational drug use, however I felt that smoking a bowl of crack was not the answer to this particular dilemma. So eat it was.

I entered what was, on the outside, a newly built brick-oven pizza place. The last time I had brick-oven pizza I was on a date in Washington, DC and I remember only one particular thought: at my salary level at the age of 23 (at the time mind you) I really shouldn't be buying beer at $6/glass. But what the hell.

Well, the salary issue no longer being the chief player I sauntered up to the counter and ordered the house special pizza (personal size despite the temptation to take some home in lieu of actually cooking something healthy for the next 2 nights). It wasn't until I sat down that I realized I was in the most disturbing of environments.

Every table had it's own 10" flatscreen television and a remote hooked to a cord (lest we give into the temptation to steal white 9-button remote controls from pizza restaurants across the country!). And at each table were children. Drooling. Watching TV and mindlessly stuffing pizza into their oversized American mouths. A very scary scene I tell you! Something out of a badly written "Brave New World" but without Aldous Huxley's brilliant futuristic vision. This was very much stuff in a "Year 2005 Pizza Place with No Taste" atmosphere. It was worse than "Jaws" and "The Ring" combined.

I'm not so sure that the children themselves, or even this false feed (TV feed, fat feed, brain-wash feed) frenzy was to blame. Worse than them by far were the hideous parents. One couple actually put their 4 children at their own "booth" to argue over which channel to watch as they sat at a high table on bar stools. This was Thursday night. Time for family bonding. Discussing the latest at school. And here they had absolved themselves of responsibility for FOUR children. All to be fed a healthy dose of pepperoni and Disney channel.

Another Mother saw an open booth (it was quite crowded... of course, who wouldn't want to be in on the scene?!) and encourage her child to quickly hasten toward to the open spot to gain the table. Then she looked at me and said, "It's got it's own TV!" as if proud of her ability to separate herself from the situation. After ordering she praised her daughter for so quickly obtaining her spot at the booth. "Good work," she said.

I could sit here, midnight Saturday morning preparing myself mentally for tomorrow's intense yoga workshop, and analyze the situation further. But it seems to really speak for itself. Need there be further commentary from this peanut gallery? I think not. But I'll let you order some pizza and watch some tube while you think it over.
Posted by GP at 11:58 PM

Hi, I like your style here. Funny how I was looking for this type of thing, and when I came accross your blog I felt right at home. Great stuff... I think I'll add you to my favorites. With your permission I'll be coming back. Can I tell a friend?

~ have a nice day.
come see my blog or my french kissing tips site, you might like them...