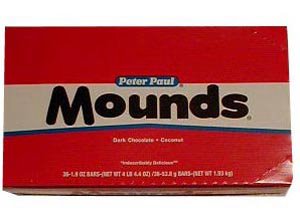 Two Views
I enjoy differing views. If we were all the same there'd really be no spice to life. But whereas we take differences and our ability to cope with them for granted it's often a real kick in the ass when two opposing views are so strong that you have no choice but to confront the difference as either:
1) A kick in the balls if you have balls or
2) So inane you have to walk away 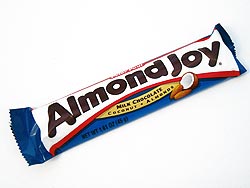 So Who's Right?
Sometimes you get a nice mixture of both. And sometimes you don't. I guess we're all just Almond Joys and Mounds trying to cope with one another. Often our lack of understanding of an opposing viewpoint is simply bred through ignorance. And sometimes it's just right versus wrong. One could ask oneself what is 'right' just as much as what is 'moral'. But that's a different conversation with myself.

Cough up the right answer
I recently contracted the first 'bug' I've encountered in some years. A cold I suppose you'd call it. Sore throat, stuffy head, headache, tired, etc. No fever so far (knock on amphetamine box). And what did I learn? Well, a few things: First off, I'm a pathetic patient and am probably not very pleasurable to talk to. This means I rely on my physical presence, my prowess if you will, to get me through the average day. When the physical dropped away I found a very sad state remaining. Does this mean I'm a fucking basket case? Maybe. But probably not. Instead it means I could use with a dose or two of shut up and listen to the opposing viewpoint medicine when it comes to dealing with empathy.

Seeing is believing
Proclaim that I am the world's most empathetic person I do not. However there's room out there for less empathy than I possess as well. And it's not pretty. Either way, being sick made me realize that the opposing viewpoint, as assinine and illogical as it may seem during the intial clash of 'beliefs', may have some validity that one is not seeing at first glance (or maybe even at 100th glance).

You're (Wrong/Right)!
It's not to say that your viewpoint is always wrong and you should always adopt the opposing view. Far from it! Most likely, for you, the view you have is right if it's not based on lack of experience and a pre-conceived 'in-the-box' notion of some inane cultural bias. However there's more out there.

Sometimes we all need a good cold so we can cough up some clarity from our hearts to our brains. As a side note here's an amusing excerpt from the screenplay of "The Doors". Two opposite viewpoints couldn't be demonstrated much more clearly:

J: Are you going to get rid of it? Look ... Wouldn't it be better to have it with someone who wanted to be it's father?

P: A fucking genius, that's what it'd be. From you and me? The child would be a goddess or a god.

J: It would be a monster. Look ... I don't want the responsibility.

P: You're a coward, just a little boy!

J: I got this trial that's hanging on me, and I can't afford this.

P: The only way you can't afford it is emotionally. Those vows were forever in the goddess' sight. "Death does not part, only lack of love."