Revenge of the Beard: Superbowl Swami

I'm not much of a regular season sports junkie. I like a good Angels game and have always had a weakness for some bloody hockey. But when it comes to playoffs of any sort I usually get pretty hooked. Luckily for me, I don't have TV in my house so I don't have the temptation to spend an entire weekend indoors on the couch when it's 73 degrees and sunny in southern California.

However, I did watch one NFL football playoff game this weekend and in the course of viewing I had an epiphany that, amazingly, none of the commentators mentioned. The power of the beard.

The leaders of the two teams that proceed to the AFC championships next week, the Pittsburgh Steeler's Beth Roethlisberger and the Denver Bronco's Jake Plummer both sport some serious post-season beards. How can the major networks not understand that this is where their underlying power comes from? This is a serious oversight. Wake up people! I've found the fundamental key to sports victory. Just take a look at the winners:

And now take a look a the losers, Tom Brady of the New England Patriots and Peyton Manning of the Indianapolis Colts: 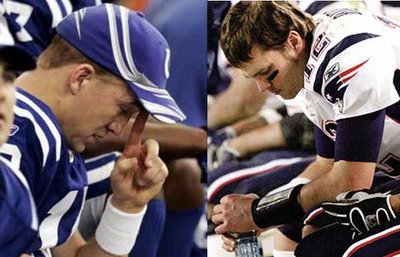 So you say to yourself, "Self, I don't believe Mr. Penn. I believe he's so full of shit it's likely coming out his ears." And to the doubters I say the proof's in the pudding. Please take a gander, if you will, at Mr. Tom Brady when he WON the SUPERBOWL in 2003: 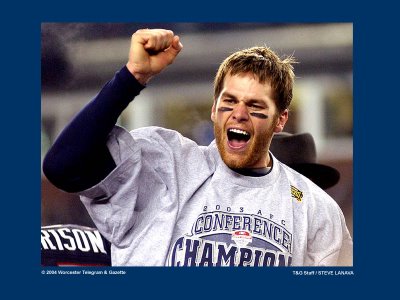 Yes, view it and weep all you Patriots fans. With all the sports analysis of 'What Went Wrong 2006' the reality is that if these gentleman had put more focus on the damn pigskin and a little less on shaving so they'd look pretty for press conference they'd be much better off. God help us if Ben and Jake shave prior to next week's game. And the NFC? Didn't see any footage (not that into football, sorry) but from viewing photos on Yahoo it appears they have some serious facial hair growth to pursue in Carolina and Seattle. Lets get growin' boys... else you'll seriously struggle in the 'big game'.

For those who doubt, I want you take a look at one other piece of proof. Power is in the beard, folks. Who has more... George Bush Sr. and Jr: 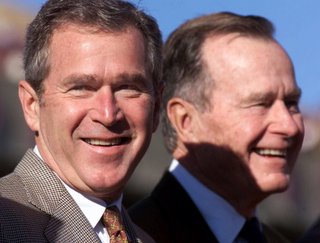 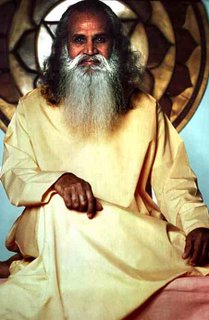 Personally, I'll take the Swami by 10 points on Superbowl Sunday, February 5th. What crazy loon out there will take that bet?
Posted by GP at 8:56 AM